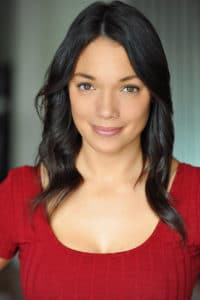 Lindsay Nyman is an actress, director and writer. She started her career at age nine in the Broadway National Tour of ‘Ragtime’ and continued working as an actress in NY before moving to LA to receive a BA from UCLA’s School of Theatre, Film, and Television. Lindsay joined CRE’s ‘Theatre by the Blind’ team in 2012 and teaches a drama class called “Acting for Empowerment” at the Braille Institute. Lindsay started CRE’s “Film by the Blind” in 2017, a comprehensive film education program providing blind actors, writers, and directors with the tools to create their own content!

Film
Film By The Blind
Film by the Blind (FBTB) follows the innovative singularity of CRE’s Theater by the Blind. It is the country’s first and only educational film program composed entirely of blind and visually impaired acting students.