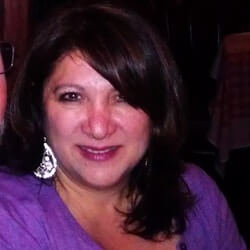 Laurie is the co-founder and former CEO of LPJ Entertainment LLC, and former Director of Music Marketing and Licensing for Performing Arts Studio West (PASW), as well music educator at PASW where she worked with adults with Autism and other disabilities. Laurie also has expertise in music production, songwriting, and publishing. Hailing from Los Angeles Laurie was a student of Music and Music Business at UCLA, and a graduate of The Grove School of Music with a degree in Jazz and Theory, Ms. Grant has a solid academic and professional background in music composition and arrangement. Grant has co- written, produced and licensed works for a multitude of independent artists and for music placement in film and television. These include songs for Dawson’s Creek, Law & Order, and My Name is Earl.

Music
Rex & Friends
Rex & Friends is a program that provides support and training in musical abilities, and performance opportunities for individuals in Southern California who are blind or autistic.