Gloria Laino - Abuela
Gloria Laino is best known for her role as "The Mexican," an insane asylum lunatic in the FX award-winning hit drama series "American Horror Story: Asylum;” and “The Baron’s Familiar” in “What We Do In The Shadows.” Some recent TV credits include: “Grey’s Anatomy,” “NCIS: Los Angeles,” “Jane the Virgin” and “Goliath.” Recent film credits include: “All Those Small Things,” “Replica,” and “90 Miles.” She wrote and stars in “Two Dancers One Love,” currently in post- production. Playing the role of the Abuela in “Los árboles mueren de pie” is any actor’s dream come true!

Nina Rancel (Director) - Marta / Isabel
Nina is an award-winning Venezuelan actress, writer, singer, dancer and stand up comedian. “Los árboles mueren de pie” is her directorial debut. She trained in Flo Greenberg’s Actors’ Workshop in NYC, under Elia K. Schneider in Venezuela and LA and in The Second City Hollywood. Nina has worked in film, television, theater and web series in the U.S., Venezuela, Mexico, Colombia and Spain. She has two Comedy Central LatAm specials. She dedicates this project to the memory of her teachers and mentors Elia K. Schneider and Flo S. Greenberg. 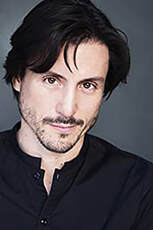 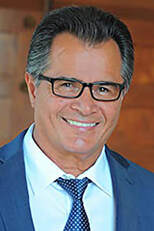 Carlo Perez Allen - Fernando Balboa
Carlo Perez Allen is a WGA and SAG member with feature film, television, and theater credits spanning thirty years. He co-wrote the recent film Home Sweet Hell, Sony Pictures starring Katherine Heigl and Jim Belushi.He holds BA and MA degrees from U.C. Berkeley and is an AFI film studies graduate. He is proud of his twenty five years of service as a Los Angeles Unified School District teacher in Title One schools. His debut memoir, All Bones Are White is currently available on Amazon. He dedicates this performance to his precious wife Nora Plesent.

Johan Canelo - El Otro
Johan Canelo is a Venezuelan actor and filmmaker.  He trained at Luz Columba Playhouse and graduated from the School for Film and Television of Caracas. He has a Masters in Creative Advertising. Started working as an Actor for Nickelodeon in “Isa TKM” a Latin American musical series produced by Sony Pictures. He’s worked in front and behind the camera and in 2016 saw himself forced to leave his family and home country to move to the U.S. due to the political situation in Venezuela.  He attended the Stella Adler School of Acting in Hollywood where he was mentored by the late Elia K. Schneider and earned the role of assistant director in her last critically acclaimed production “Citizens of the Gray” in NYC. 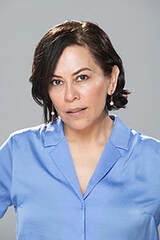 Maria Baena - Genoveva
María is a board member of the Teatro Dramma theater group, with which she performed in the production Citizens Of the Gray in New York . She was born in Mexico City. She began her acting career in Tampa Florida in 1990. In 1992, she moved to Mexico City where she studied physical theater, cold reading, voice and clown technique. She founded and performed for three years with “Odur Teatro,” a theater company in Mexico City.  She has worked on TV spots and short films. She recently moved to Los Angeles, California. 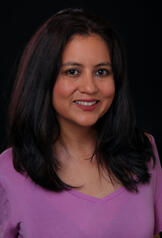 Rosa Rubio - Amelia
Rosa was born and raised in San Salvador, El Salvador. Studied Business management in California State University, Northridge. Then  studied at Stella Adler Academy  of Acting.  Rosa has been in multiple stage productions with Stella Adler Academy,  Teatro Dramma, Off the Track Theater, Teatro Synergia and Frida Khalo Theater in Los Angeles. Rosa is also a producer  for short films, commercials and music videos. Rosa is very thankful to be chosen to participate in the stage production of “Los árboles mueren de pie.” 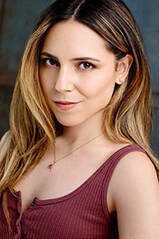 Alessandra Marmo - Helena
Alessandra Marmo is a Venezuelan actor, writer, psychologist, and Emmy winner producer. Throughout the years, she has developed her performing arts skills at various schools, studios, and workshops such as Producciones Thomas Ochoa and Ochoa Arte en Movimiento in Venezuela, Alexander W. Dreyfoos School of Arts in Florida, and The Acting Corps, Gray Studios, Stella Adler, and MAD Studios in Los Angeles. In the past three years, she has also written and performed her own plays at the Brisk Theatre Festival, and has had leading roles in several commercials and five short films. Currently, she’s loving being part of the production “Los árboles mueren de pie” and getting to work with a talented, caring, and inspiring group of artists.

Daisy Garcia - Felisa
Daisy Garcia was born and raised in Chitre, Panama, Central America. She moved to San Diego, California to study Theater with DJ Sulivan and eventually moved to Los Angeles. Her goal is to work in a sitcom because one of the greatest gifts a person can give to another is to make them laugh! Daisy has studied acting and comedy with Dee Wallace Stone, Jason Alexander, Larry Moss, Clay Banks Studio, Second City, Orlando Stand up comedy, Margie Harber and Stella Adler Academy. She is the happy mother of Luke and Jordan Hudson.

Israel Balza - Pastor
Originally from Venezuela, Israel followed his passion for acting and studied at the Stella Adler Academy of Acting in Los Ángeles under the wing of Dir. Elia K. Schneider. He has performed for and collaborated with several stage and film productions such as Aguijon Theater, Water People Theater, DBO Films, Colectivo el Pozo, Teatro Dramma and Tapete Teatro. Some of them include his performance in the Chicago latino theater festival Destinos twice. He believes art is a key element to achieve a true encounter among people and a change in our society, acting and fine art painting his favorite mediums. His motto: “In the words of Stella Adler, ‘life beats down and crushes the soul and art reminds you that you have one.’”

Humberto Amor - Ilusionista
Humberto Amor is a theater and voice-over actor from Los Angeles. He is best known as the voice of Taylor Lautner in various films, Ranma Shindo in Tokko, and Falco Lombardi in Star Fox 64 3D.